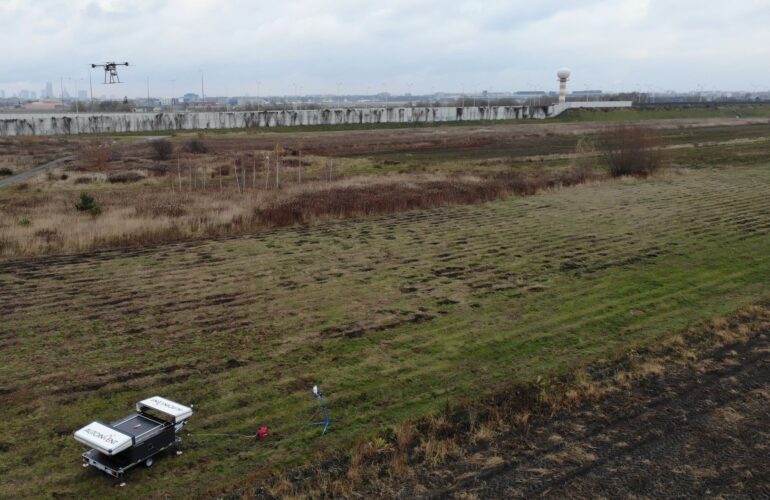 As part of the pre-implementation tests of the AutoInvent System, the approval of the Polish Air Navigation Services Agency was obtained for the test flights in the immediate vicinity of the Frederic Chopin airport in Warsaw.

On November 15-19, 2021, before the initialization of the System implementation at one of the JSW mines, a series of tests were carried out: cyclic take-off and landing operations of the System, at a distance of less than 1 km from the border of the largest communication airport in Poland.

Those tests, in addition to the verification of the modifications implemented in the control algorithms, confirmed the ability of the Team to coordinate unmanned aerial vehicle flights with air traffic services.

1) in CTR zones (e.g. the Frederic Chopin airport in Warsaw, where the tests were conducted),

2) in ADIZ zones (air defense identification zone, identical to the eastern border of Poland and at the same time the external border of the European Union managed by FRONTEX),